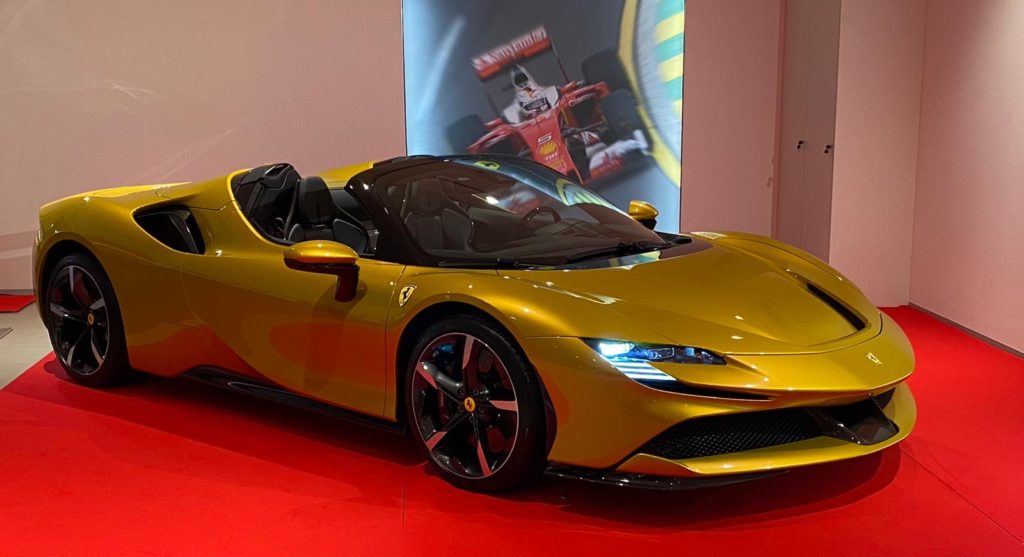 What has 986 electrified horsepower, can operate in front-wheel-drive mode alone and can drop its retractable hard top in less than 14 seconds? Some kind of ridiculously ludicrous Tesla? Has Audi gone mad with electrification? Did Lambo sneak the Asterion into production when I wasn’t looking?

‘Nope’ to all of the above — the car in question is the new Spider version of the Ferrari SF90, the most beastly of Maranello’s road-rockets ever.

Combine a 4.0-litre twin-turbocharged V8 (769 horsepower) and three electric motors (which combine for 217 more) and a 7.9-kilowatt-hour battery and you have a super(-duper) car with 986 horses that can zoom to 100 kilometres an hour in just 2.5 seconds, yet motor some 25 kilometres in completely Greta-Thunberg-compliant emissions-free motoring.

Now, we have seen this electrification stuff before from the prancing horse. Ferrari’s LaFerrari – I’ve always enjoyed a ponderous alliteration, don’t you? – combined a massive 6.3 litres of high-revving V12 with a single electric motor. However, unlike the more sophisticated SF90, the LaFerrari had just 949 hp and was but a mild hybrid, the electric motor unable to power the car forward on its own. 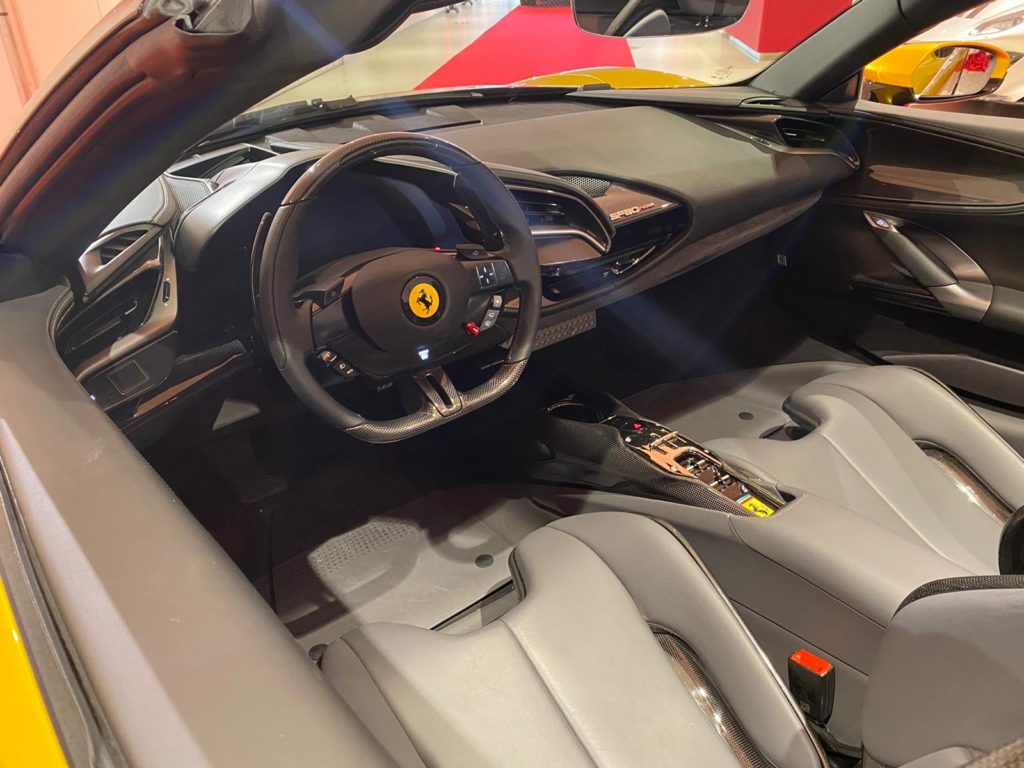 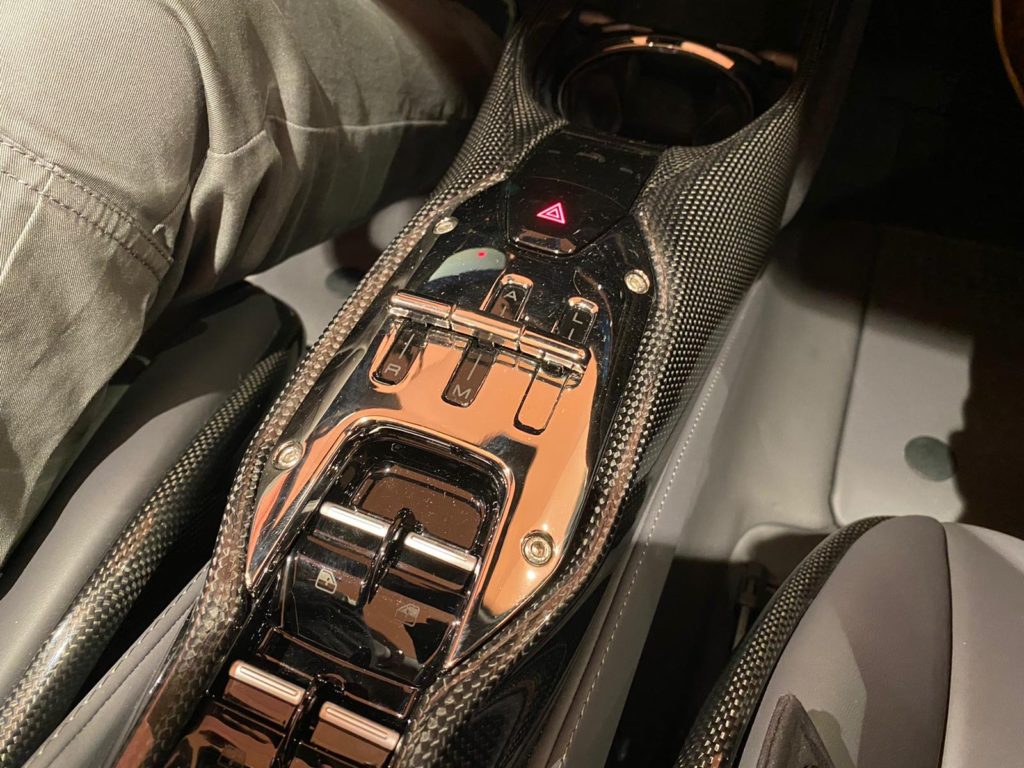 More importantly, two of the three electric motors the SF90 boasts are on the front wheels, which not only makes it the first all-wheel-drive supercar the company has ever produced – and could we see the same powertrain in Maranello’s upcoming Purosangue sport-brute? – but also its first foray into electric torque vectoring.

Even more impressively, the new Spider, like the coupe version introduced late last year, has an eight-speed dual-clutch transmission without a reverse gear. Yep, instead of a mechanical link between piston and transmission, the SF90 simply uses those three electric motors to back out of parking spaces. It supposedly saves weight and complexity, though don’t expect much of a cost savings…

Besides the front-wheel torque vectoring, the SF90 gets an all-new electronic control system – now dubbed an eManettino – with four new modes. There’s eDrive (a pure electric mode that uses the front wheels only); Hybrid (an “economy” mode that can shut down the ICE at appropriate times); Performance (equivalent to traditional Sport mode but keeping the battery fully charged for maximum thrust); and Qualify (I think this one is pretty self-explanatory).

A few notes to Tifosi of the keen eye: The SF90 is the first front-wheel-drive Ferrari (albeit in eDrive mode only). Also, while the electrified all-wheel-drive system allows the SF90 to out-accelerate the old LaFerrari to 100 km/h, thanks to the weight of those three motors, it is 0.1 slower to 200 km/h (7.0 seconds versus 6.9s). In some arenas, there’s still no beating a good old-fashioned V12. 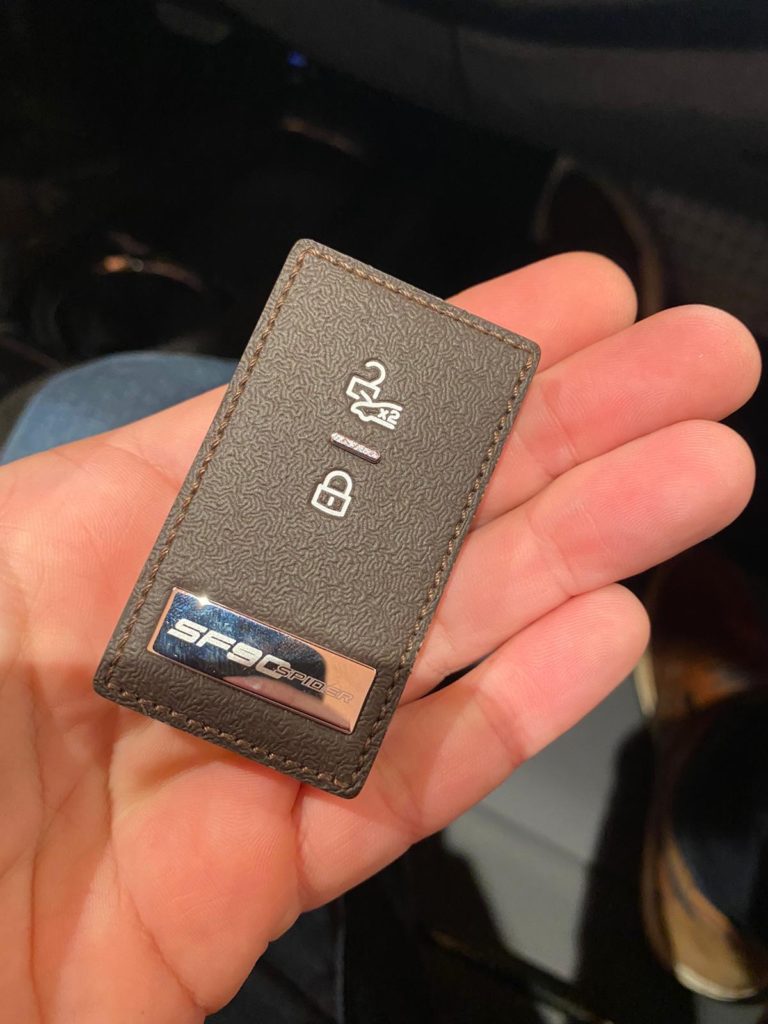 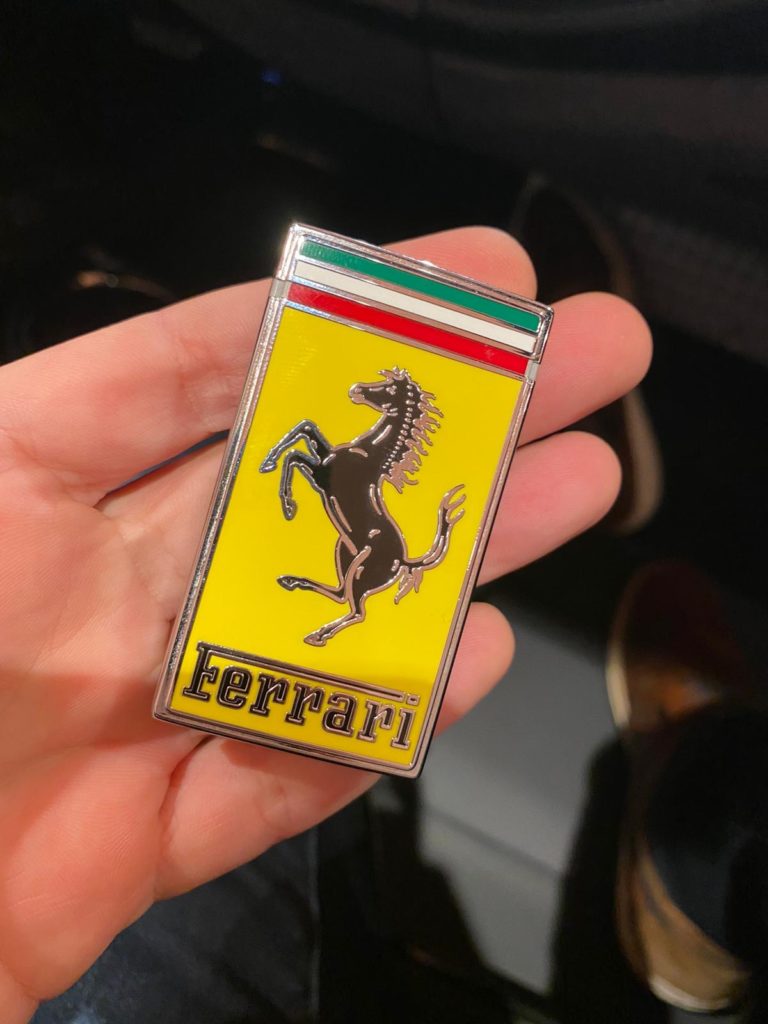 As for the Spider’s key differentiator from the Stradale, the retractable hard top, Ferrari takes pains to point out that, when stowed, all its hardware takes up but 100 litres of space (compared with the 150 and 200 litres typically required). Constructed in aluminum, it weighs barely 40 kilos – again, says Ferrari, lighter than traditional systems – and it can be lowered at speeds up to 45 kilometres an hour.

And just in case all this craziness isn’t enough, Ferrari is also offering an even more radical – that should be read “track-focused” – version of the Spider that boasts a Canadian connection. Indeed, the key feature of the Assetto Fiorano is a set of high-tech shocks made by Markham, Ontario’s own Multimatic and based on the Ferrari’s GT racing experience. A titanium exhaust system and various carbon-fibre bits – including that adjustable rear wing – also reduce the SF90’s weight a further 21 kilograms.

Finally, unlike the LaFerrari that used to sit atop the Ferrari lineup, the new Spider (and its Stradale hardtop sibling) will not be a limited-production unit. It’s also notably less expensive (I couldn’t bring myself to say that more than half a million Euros is “cheaper”) and Ferrari wants to sell the SF90 in much greater numbers. It is also covered by Ferrari’s seven-year maintenance program. European deliveries will begin in the second quarter of 2021 and will roll out to other markets shortly thereafter.