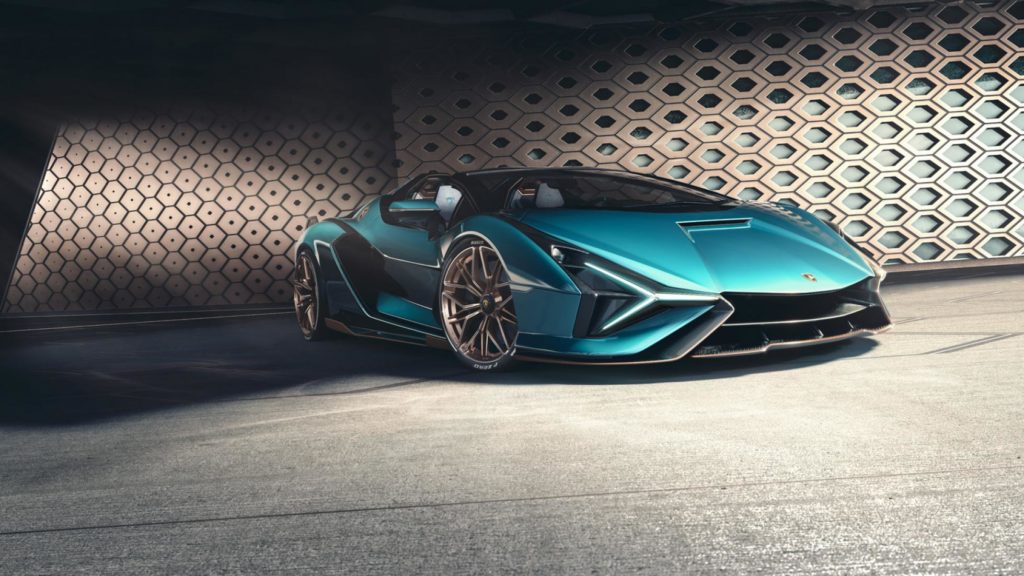 The Sián Roadster will be rarer still. Lambo is only building 19 and of course they’re all already sold, though no doubt a couple will pop up for auction soon enough. We’ll keep our eyes peeled.

Want some headlines? Course you do. The Sián Roadster is technically the same as the standard car, meaning it uses the same 6.5-litre nat-asp V12 as the Aventador, but uprated to 774bhp at a screaming 8,500 rpm. Said V12 is augmented by a 48-volt mild-hybrid system, which uses a small electric motor incorporated into the gearbox. As well giving a 33bhp power boost – taking the Sián Roadster up to 807bhp – it means the hypercar can reverse and manoeuvre its way around a car park without the engine running.

Rather than drawing power from a conventional lithium-ion battery, the Sián uses a supercapacitor. It’s much lighter and more energy-dense than a normal battery – the Sián’s whole hybrid system only weighs 34kg – and can accept/deliver charge much faster. The system is fully charged whenever the Sián brakes, then the power is available immediately, up to 81mph when the e-motor is disconnected.

Lamborghini claim 0-62mph in 2.9 seconds – a tenth of a second slower than the Coupe – and a top speed of over 217mph. Blowy, given there’s no roof. Not even a little canvas one you can unfurl if it starts to rain, this car always open to the elements. Which is fine – we can’t imagine any owners will ever leave one of these things outdoors unattended. Or, for that matter, drive one anywhere it’s rained in the last 20 years. 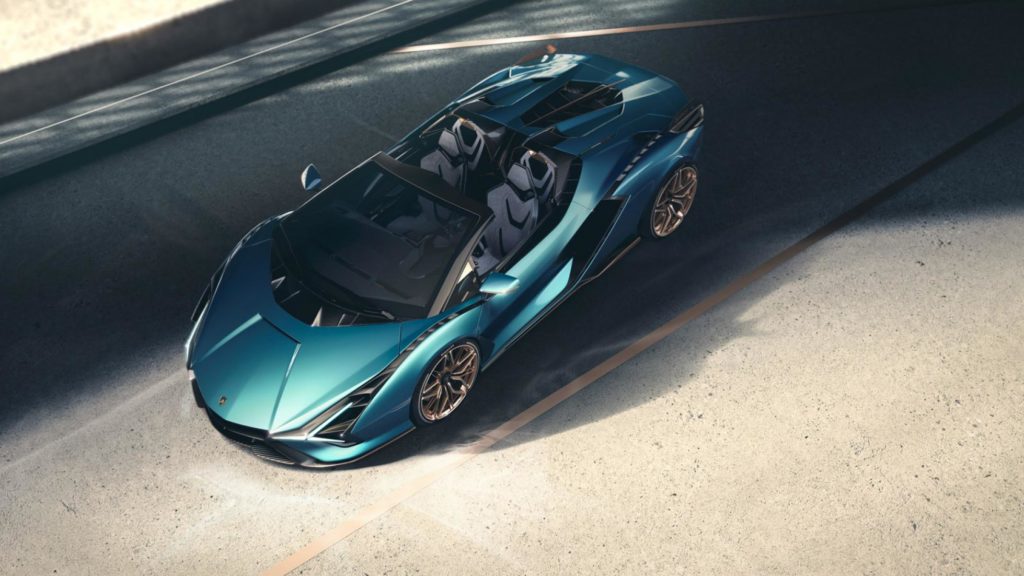 While the design definitely looks forwards – ten points to anyone willing to count all the hexagons – there are nods to Lambo’s past. The company says “the aerial view of the Sián Roadster is evocative of the iconic periscopio line inspired by the first Countach, running diagonally from the cockpit to the rear and culminating in the aerodynamic airstreamers behind driver and passenger”.

There’s some trick aero at play, too. We’re told the Roadster is just as aerodynamically efficient as the Coupe – “airflow is directed through the front splitters and through the front bonnet, through the side air intakes and outlets and over the extendable rear spoiler”. Meanwhile clever “active cooling vanes” use special materials that react to the heat generated by the exhaust to “provide an elegant and lightweight cooling solution”.

The car pictured is finished in ‘Blue Uranus’ – no laughing at the back – with details in ‘Oro Electrum’, the colour Lambo uses to signify electrification. But owners can have any colour they want – all 19 will work with the company’s Ad Personam department to personalise the exterior and interior of their car.

So, how would you spec yours? 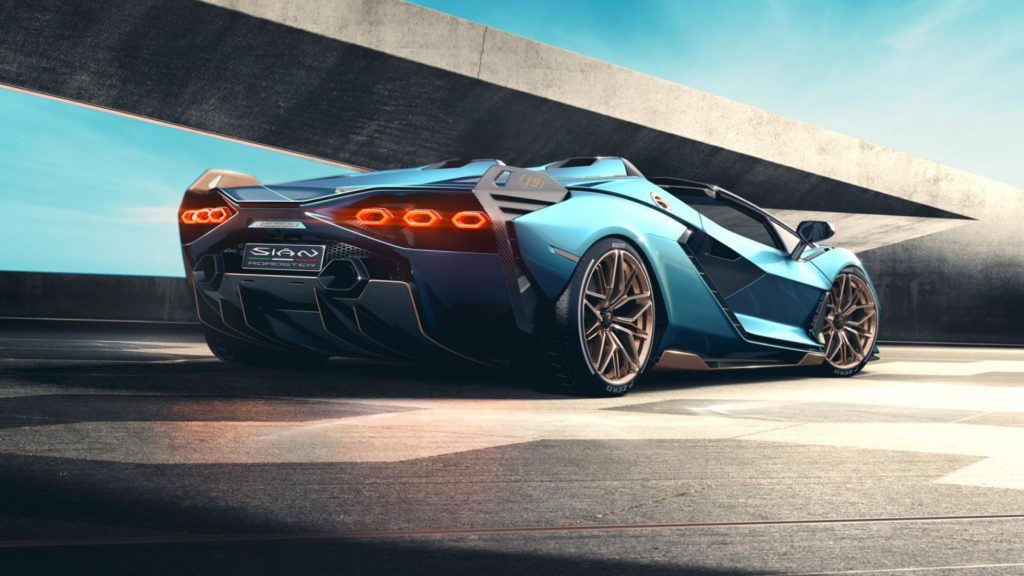