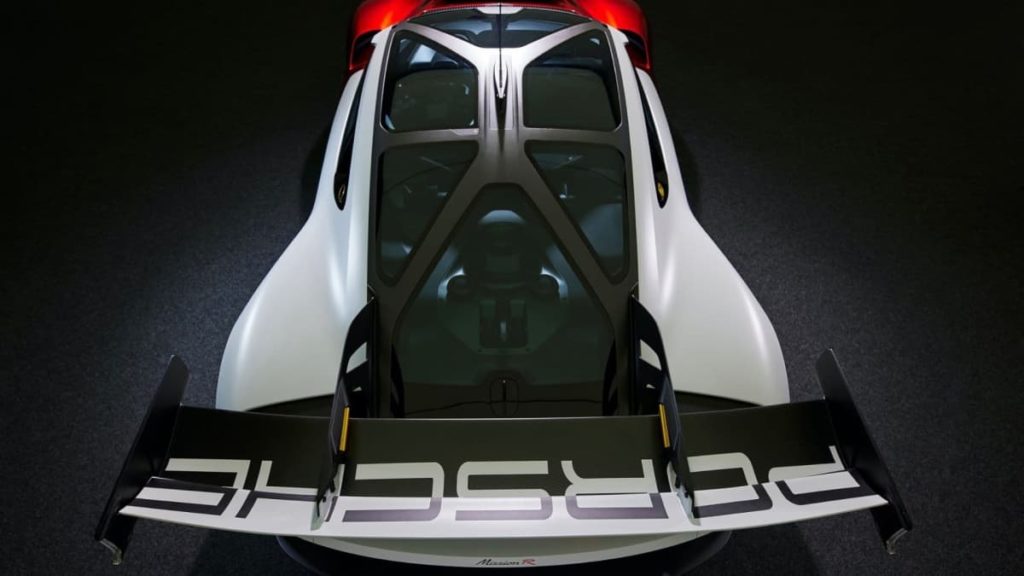 Porsche’s electric-powered race car concept sure looks a lot like the EV 718 Cayman we’ve been expecting.

Porsche’s first production electric car was the Taycan, an all-new model. But going forward, the brand will focus on turning existing models into EVs. The first to go electric will be the Macan, with a new EV to be sold alongside the recently updated internal-combustion version. Soon, Porsche will do the same with the 718 Boxster and Cayman, and this week, the company gave us our first sneak peek of its electric sports cars—in the form of an EV race car concept. 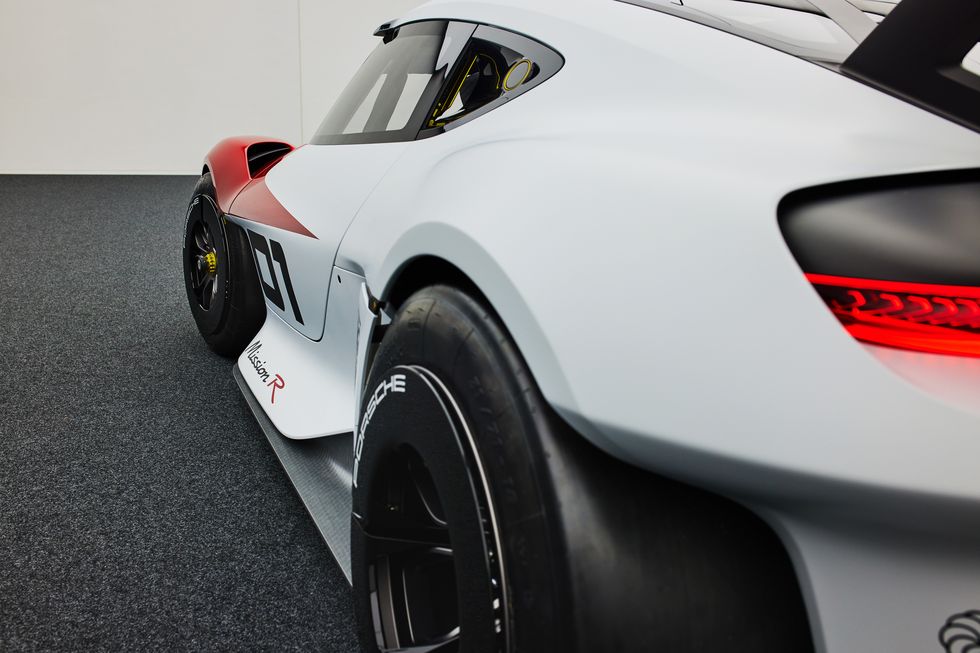 This is the Mission R concept, revealed at Germany’s IAA Mobility 2021 auto show in Munich. Ostensibly, it’s a preview of a future electric GT racing car, a sort of successor to today’s 911 GT3 Cup. But it’s no secret that Porsche is working on an all-electric version of the roadgoing 718. Porsche chairman Oliver Blume told Autocar back in 2019 that the company was working on an electric Boxster, and it’s expected that a Cayman EV would join the lineup as well.

And there’s precedent for electric concepts turning into production EVs. In 2015, the Porsche Mission E concept previewed the eventual Taycan sedan, and the Mission E Cross Turismo concept of 2018 showed us what to expect with the production Taycan Cross Turismo. So, Porsche has a strong track record of turning “Mission” concepts into real electric cars. Plus, Porsche was quick to highlight the Mission R’s similarities to the current 718 Cayman in a press release, noting that the concept race car is roughly the same length as the production mid-engine coupe, but lower and wider. 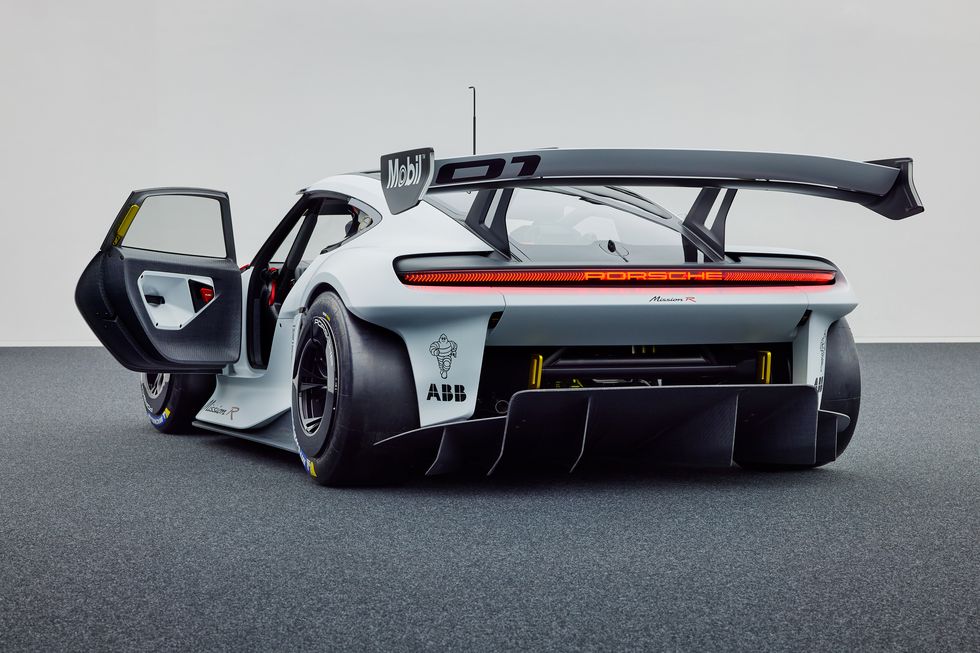 When you compare the side profile of the current 718 Cayman and the Mission R concept, the resemblance is obvious. Note the nearly identical rear quarter windows. If Porsche was going to build an EV sports car, this certainly would seem like a good place to start.

Our understanding is that the 718-based EV is still in its infancy, and the company is still figuring out what it wants the all-electric sports car to look like: rear-drive, all-wheel drive, individual hub motors in all four wheels? Just like every other automaker, Porsche’s pivot to EVs offers the opportunity to try new things. But while a battery-powered sports car seems to be imminent, that doesn’t mean an instant death for the internal-combustion model. Former Porsche sports-car boss August Achleitner told Road & Track back in 2019 that the current 718 models would continue until 2023. Meanwhile, the Mission R track car should be ready to race in 2025 or 2026. 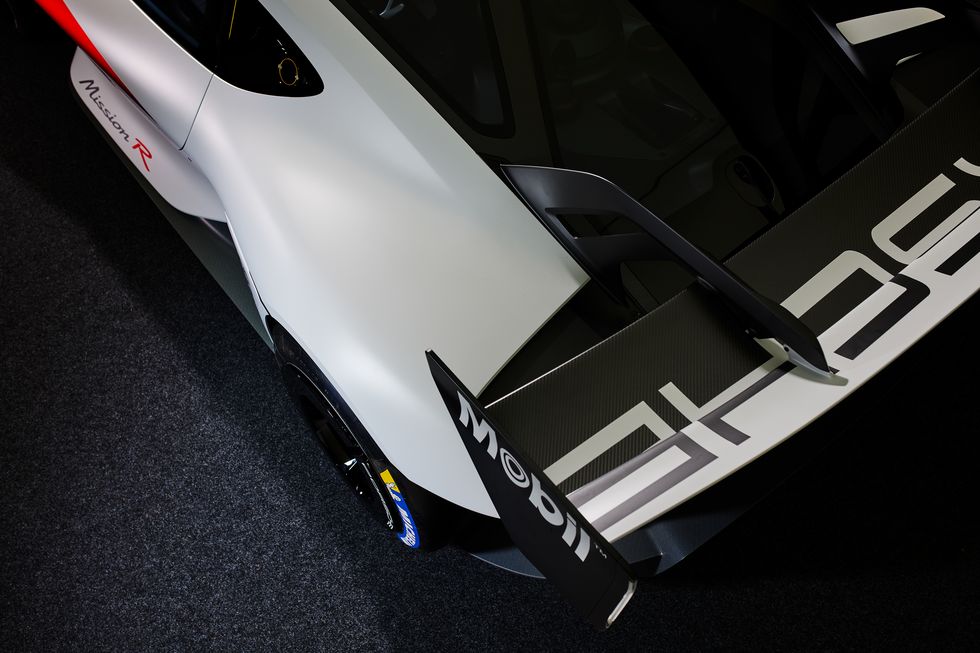